Stop #7: Plantings by the old Cottage

Click this symbol on
any page to view a
map of the tour.

Turn south and walk across the lawn. The NSH will be up the hill on your left as you walk across below it. You will come to four large holly shrubs and one small shrub. The four are female and the small one in the center is male. He is small but makes his presence known!  These are “Foote Hollies”. Remember, Arthur was a hybridist. 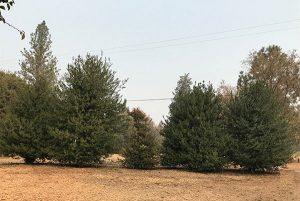 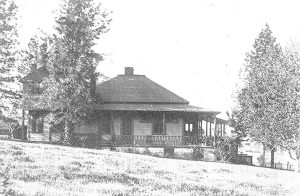 The remains of the foundation and chimney of the Cottage still remain. Just beyond the remains you will see two little fig trees and some golden bamboo.  These fig trees might have been inspiration for Mary’s “Little Fig-Tree Stories”, a book of children’s stories which she published in 1899 while the Footes were living in the cottage. 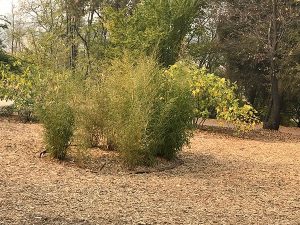 Look for the Gold of Ophir rose, a climbing tea rose, on the right side of the bamboo. The Ophir predates Arthur’s arrival at the mine. This rose is very commonly planted at gold mines around the world. Ophir is a biblical term meaning an ancient land rich in precious metals and is mentioned in connection with King Solomon’s mines in Africa. 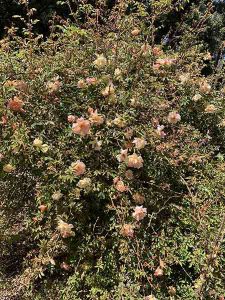 Before you leave this area look for the two surviving white Rosa Banksiae normalis. There is one on either side of the road and they have grown into the cherry trees. These roses are cited in Mary Hallock Foote’s autobiography “A Victorian Gentlewoman in the Far West” and were used to cover the coffin of their daughter Agnes Foote who died in 1904 at age 17. They bloom once in the Spring so don’t miss it! 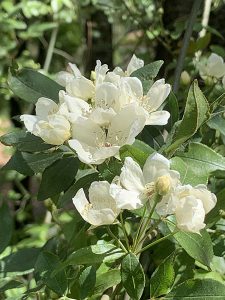 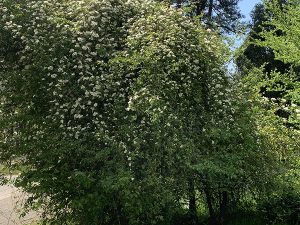