Interpreter of the American West 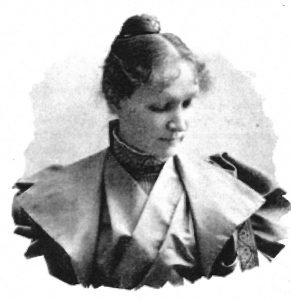 Mary Hallock was born in 1847 and grew up on a peaceful family farm in Milton, NY, up the Hudson River from New York City. Life in the Hallock home included literature, interesting guests and lively conversations; thus Mary was exposed to a much wider range of ideas and philosophies than was typical for a rural farm girl.  She was taught early to open her eyes and mind to what was around her. She did a lot of drawing and her artistic talent was recognized and encouraged by her family.

Mary received formal art training at the Cooper Union School of Design for Women in New York City from 1864-1867.  An expert engraver taught her the best techniques for drawing illustrations on wood blocks, to be engraved for printing. She became a highly sought-after book illustrator for top writers, including Hawthorne, Longfellow, Tennyson, Alcott, Whittier, and many more.

In 1876, 27-year-old Mary married Arthur De Wint Foote, a civil/mining engineer who traveled from place to place in the western U.S. and even Mexico as he accepted different jobs. Thus this cultured, educated Eastern woman got on a train, left New York for the first time, traveled alone across the country to California, and began her lifetime of moving between mining camps and small towns throughout the West. She encountered different living conditions and a variety of cultures that were completely outside her experience.  Even the terrain and landscapes were completely different. And what did she do? She studied each new experience and captured it in her art.  Her drawings depicting general life in the West plus mining scenes were published in major Eastern magazines and captivated the Eastern audience.

Mary’s New York editor suggested she write stories to go with her illustrations. Despite her initial protests that she was not a writer, she went on to publish 12 novels and wrote a large number of stories that were published in top magazines. She illustrated all of her own books and stories. Later in life she wrote an autobiography, which was published posthumously in 1972. Mary’s income supported the family when Arthur was between jobs.

The early years of Mary’s marriage involved moving every 1-2 years to follow Arthur’s career. They finally settled in Boise Idaho for 12 years, where she had the third (and last) of their children — a son and two daughters.  Their move to the North Star Mine in 1895 provided them with the stability they had been lacking. Throughout their marriage, Mary was a devoted wife, a loving mother, and a successful businesswoman. 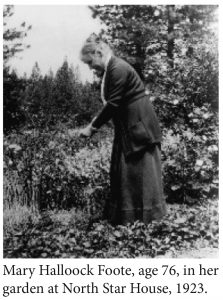 Mary was recognized during her lifetime as an accomplished artist and writer. Beyond that, she captured the real West in her art and writing and presented it to the rest of the world.