Visionary Engineer of the West 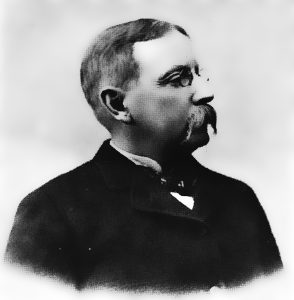 Arthur De Wint Foote was born in Guilford, Connecticut in 1849. He attended the Sheffield Scientific School of Yale University studying Civil Engineering. Problems with his eyes (later resolved) kept him from completing his Yale education, but he had a very active and curious mind and spent his entire life studying and learning.

Arthur traveled extensively, working as an engineer, mine manager, consultant and surveyor. Working as a mining engineer in the mid- to late-1800’s was very insecure, so he moved frequently to different mines in the American West —  in California, Nevada, Colorado, South Dakota, Idaho, and even Mexico.  In 1876, while working at the New Almaden Mine in northern California, Arthur traveled east to marry Mary Hallock.  A few weeks later, Mary joined him in New Almaden.

Arthur was a brilliant engineer who thought outside-the-box and designed creative solutions that people said wouldn’t work … but they did! At the North Star Mine, he was hired in 1895 by owner James Hague to build a new power plant to provide more power to the expanding mine. The new power system not only had to generate much more power, it had to replace the customary burning of wood to generate steam. There were so many mines operating in the Grass Valley area that most of the trees had been cut down! Arthur designed a system with the largest Pelton wheel ever built.  He was told that a wheel that large would never work, but he was a careful, methodical engineer and it worked quite well. That was just one of his many innovations and inventions in the field of mining.

When Arthur was in Idaho checking some mines, he was intrigued by the topography of the very-arid Boise area, surrounded by two large rivers: the Snake and Boise rivers. His love for seeing things that could be improved and designing solutions prompted him to survey and design a complete, major irrigation system which would bring ample water to the valley and transform it into a major farming and population center.  Due to a poor economy, the funding wasn’t available to build it at that time. However, when the U.S. Bureau of Reclamation decided to build an irrigation system there in the early 1900s, they used Arthur’s plans.

But Arthur’s interests went beyond engineering. He was an accomplished horticulturalist and designed many acres of Edwardian landscaping around the North Star House. He was also an accomplished photographer. His son, Arthur B. Foote, who succeeded Arthur as mine superintendent, also took up photography. They built a darkroom in the house. Their photographs are a valuable resource in the restoration of the house to its original design and elegance. 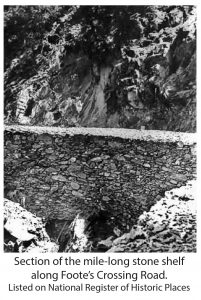 Arthur’s engineering talents were not limited to mining. He designed hydraulic systems, roads, bridges, tunnels, and even one or two of his own homes. After retiring from the North Star Mine, he invested in another mine which was hard to reach by road. So he built a road and bridge in very difficult terrain, including crossing a river and building part of the road along a cliff. Once again, people said it couldn’t be built. Foote’s Crossing Bridge and Tyler-Foote Road are still there and are Registered Historic Places. 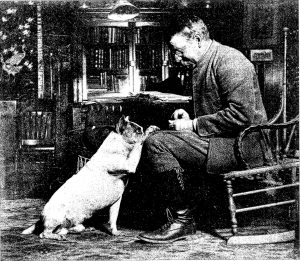 Although Arthur worked in the rough-and-tumble world of mining in the wild west, he was a gentleman. Arthur believed that the people who worked in the mines should be treated well and respected. In return, people who worked for him liked and respected him. Arthur was a man of principle. He quit at least one mining job because he did not like the way the mine owner treated the workers.

T. A. Rickard, the editor of Mining & Scientific Press, said of Arthur:
“He could look any man in the face and, if necessary, tell him to go to hell; but he did not say it too often and he never said it without cause. He was always kindly and polite to those with whom he worked, either as subordinate or chief.”

Arthur was highly respected in the mining world. He gave presentations and wrote papers. Mine owners and engineers visited Grass Valley to talk to him. And he mentored young miners who stayed at North Star to work with him and learn from him. In 1913, Arthur retired as Superintendant of the North Star Mine and his son took over the position.

Arthur had a creative, curious mind that looked at the world around him and wondered, “How can I make this better?” When there wasn’t a convenient way to get to a mine, he built a road where people said a road couldn’t be built. When he was in the Boise area he envisioned a fertile valley instead of semi-desert, and he designed an irrigation system. When hired to build a better power plant he ignored nay-sayers and designed an innovative, effective system. He enjoyed challenges and the design process.

Arthur De Wint Foote left his mark on the development of the West.

Note: Between major jobs, Arthur spent time looking for new positions and also did a lot of small jobs such as assessing mines for owners or potential owners, doing surveying for US Geological Survey, and mining consulting. During such times his family would stay in Milton, NY or other places. The family joined him each time he settled in a position for a while.