Click this symbol on
any page to view a
map of the tour. 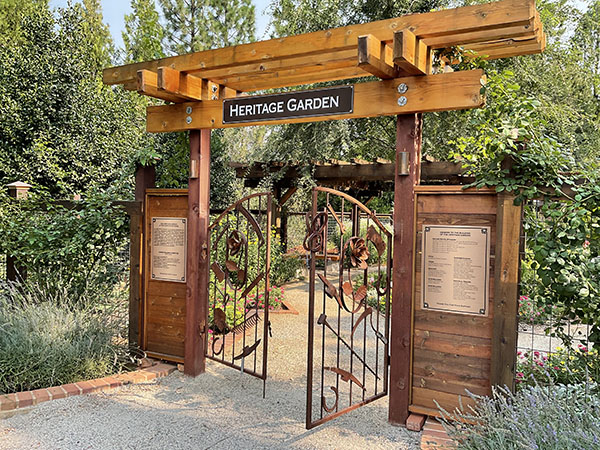 Let’s begin the tour of the Heritage Garden (HG) where you will learn about the origin and concepts of a woodland garden. Several plantings here in the HG are an exact replica of those that Arthur had in his garden, while others simply have an historical reference to the North Star property. The garden includes a nod to Felix Gillet, Luther Burbank, and other plants that grew all around the property like iris, foxglove and bulbs.

The Heritage Garden embodies the first 7 of the 8 Essential Elements listed below. There is no lawn in this small garden but the grounds embody all 8 elements.

1. Trees: For shading there is a Chinese Elm flanking the left side entrance and another centered over the pergola. 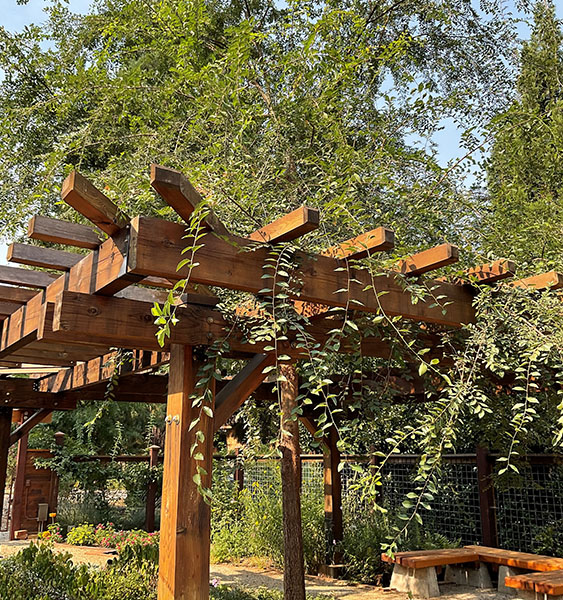 2.  Shrubs: Underneath the pergola. Arthur’s landscape included many varieties of roses, hydrangeas, azaleas. 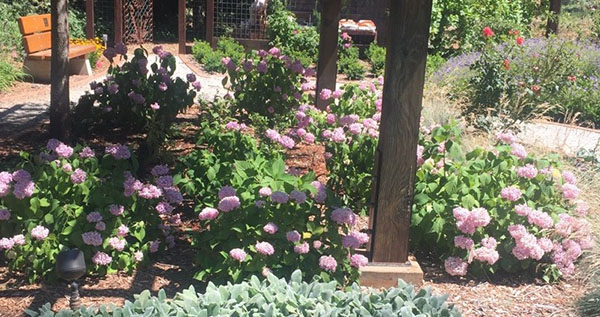 Hydrangeas, roses, and other shrubs

Hydrangeas flanked the walkway up to the front of the house. 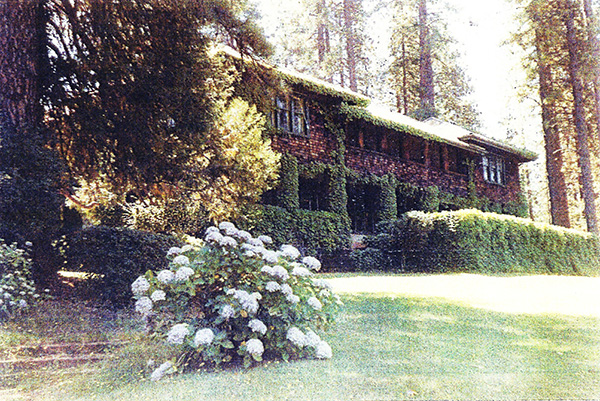 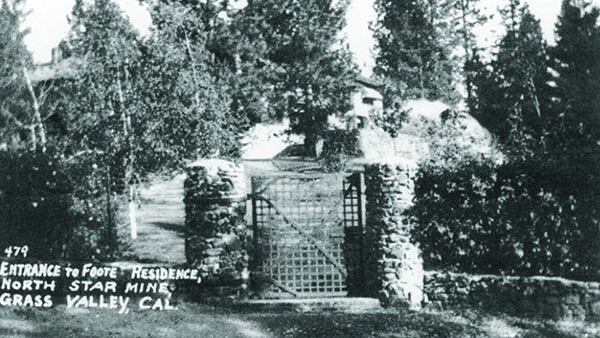 The theme of simple fences and wrought iron gates was included in the Heritage Garden. 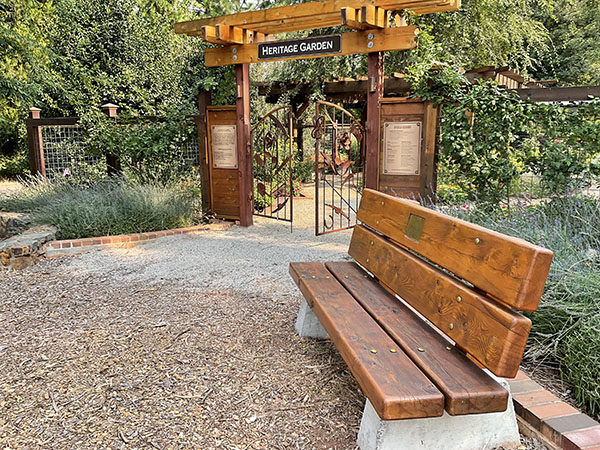 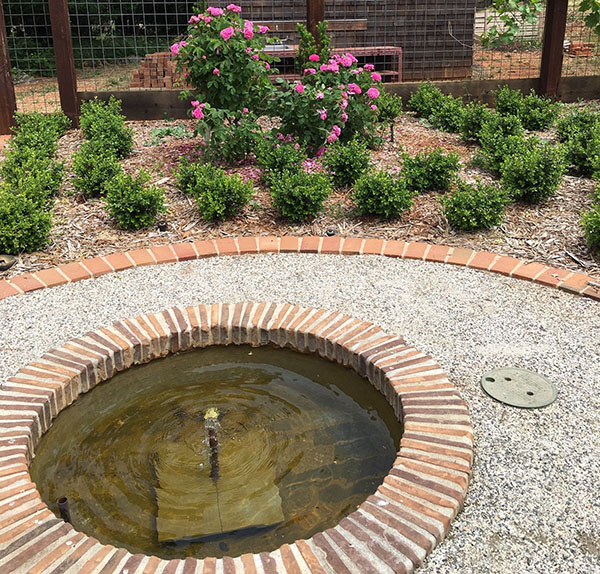 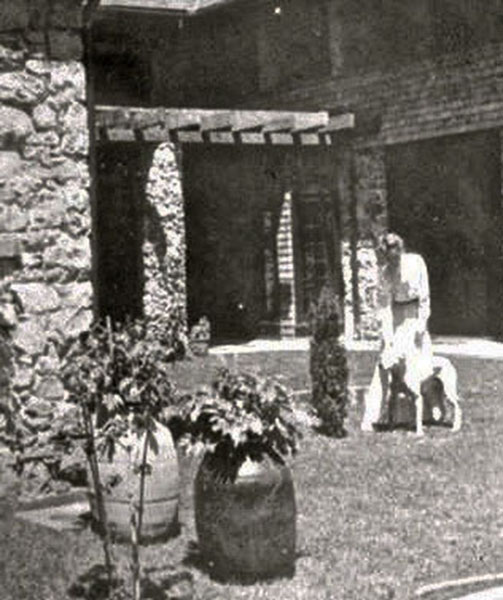 5.  Seating: Our seating here in the Garden is memorial benches. This picture also shows the Shasta daisies in bloom.

A woodland garden included a cutting garden with herbaceous border. There are cutting flowers in various parts of the HG, including these daisies. Shasta Daises were named for the white that is as pure as the snow on Mt. Shasta. This is the result of Luther Burbank’s 17-year quadruple hybrid effort and represent  Arthur’s relationship with Luther Burbank.

Seating in a woodland garden gives one a place to contemplate the beauty of the flowers and select which to cut and bring into the house each week.

Frequently seen in floral arrangements in vintage NSH photos are peonies. Peonies are seasonal and bloom in the Spring. They are to the left as you enter the HG. 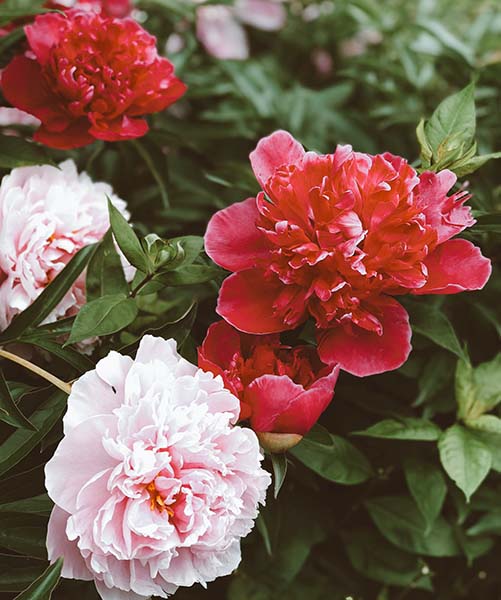 6.  Vines:  Note the Felix Gillet grape vine growing on the back fence of garden. 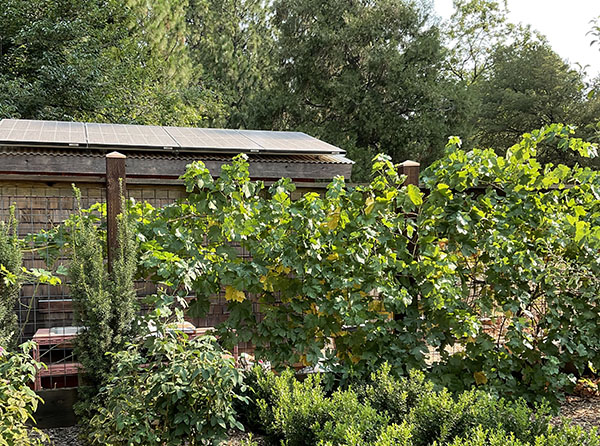 The rose garden at the North Star house was just beyond the courtyard surrounded by boxwood hedge, part of which still lives. Boxwood hedge surrounding the roses has been replicated in the HG. Notice the Banksiae lutea growing on the pergola.

Arthur was very fond of roses. Grandchildren reported watching Arthur sitting on a high stool and tending to his abundant rose garden in his retirement years. 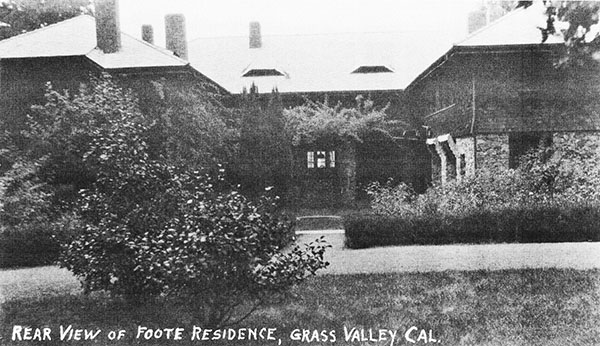 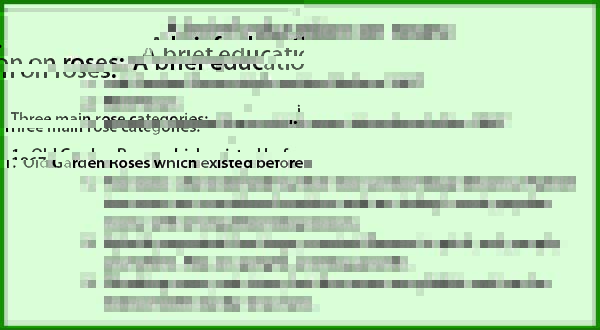 Note: Dates in parentheses with some of the roses are the date that rose was hybridized.

Roses in the HG that were part of Arthur’s rose garden and popular in the Arts & Crafts era:

Baronne Prevost: Hybrid perpetual rose (1841). The two found here in the HG are from a cutting from the plant found in 2005. 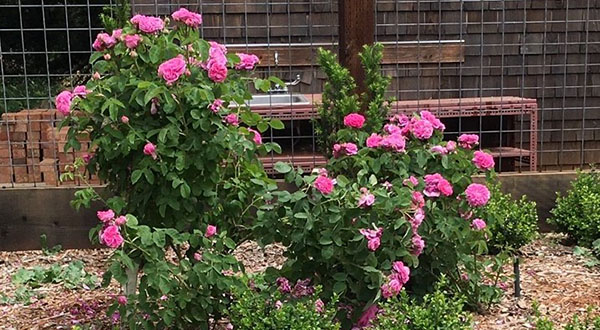 Paul’s Scarlet: Hybrid rose (1905). Also found surviving on the grounds. The climbing variety is growing on the front trellis.

American Beauty: Hybrid perpetual rose (1875). In common with Empire Mine. This is the florist rose you get on Valentine’s Day. 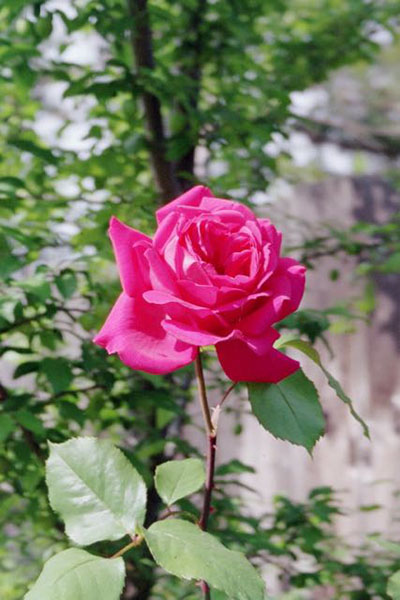 Dainty Bess: Hybrid Tea rose (1924). One of the few Hybrid singles with 5-petal blossoms. The purple stamens make it look quite unique. 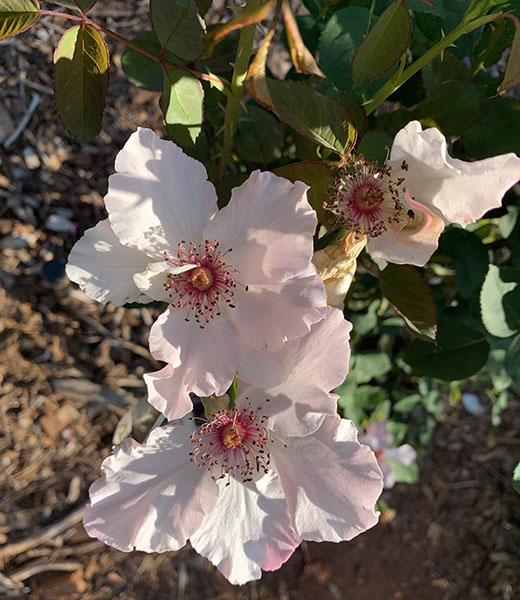 Additional roses that were found surviving at the Gardener’s Cottage and were planted by the NSH gardener for his own garden Some of these are more modern roses, found on the property.

Tropicana: Hybrid Tea rose (1960). It was named All American Rose in 1963. This rose is fragrant and has coral-orange double flowers. 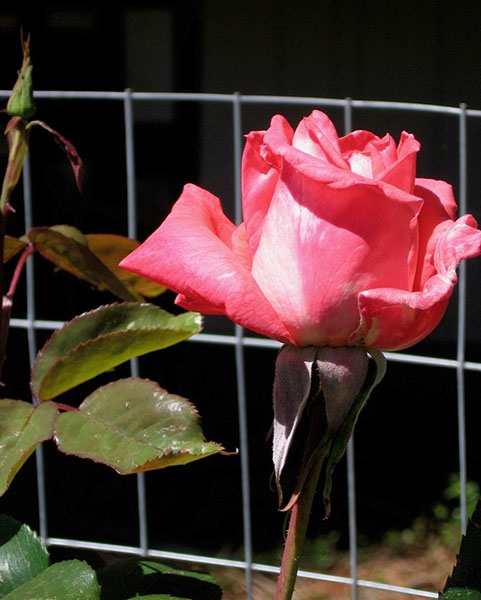 Peace: Hybrid Tea rose. First sold in the USA on the day that Berlin fell to the Allies in 1944. It is the most widely planted rose in the world. 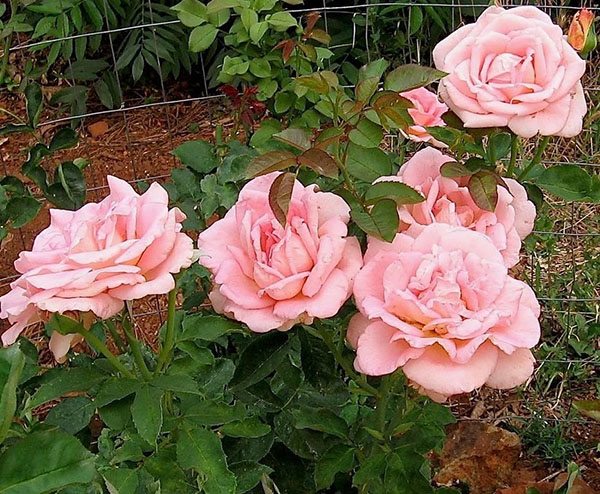 Additional roses that you will find in the HG.

Catherine Mermet: Hybrid Tea rose. Arthur found it when he arrived at North Star in 1895 and wrote to Mary about it. He stated, “there was a Catherine Mermet rose in bloom that one could reach from the piazza railing at the North Star Cottage”. 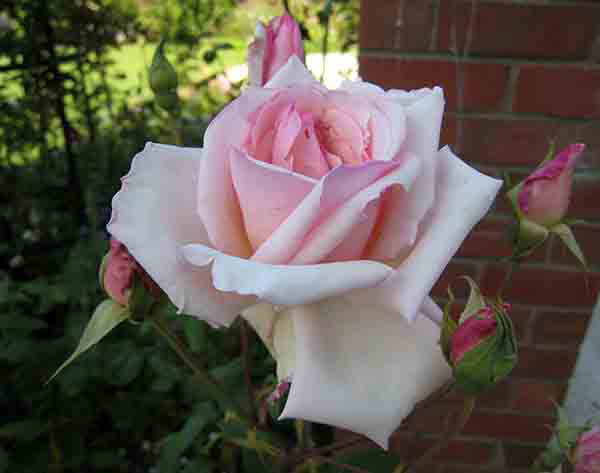 Paul Neyron: Hybrid perpetual rose(1869). This is a rose growing at the Empire Mine Cottage. It was never on the Foote property but reflects our commonality with the Empire Mine. 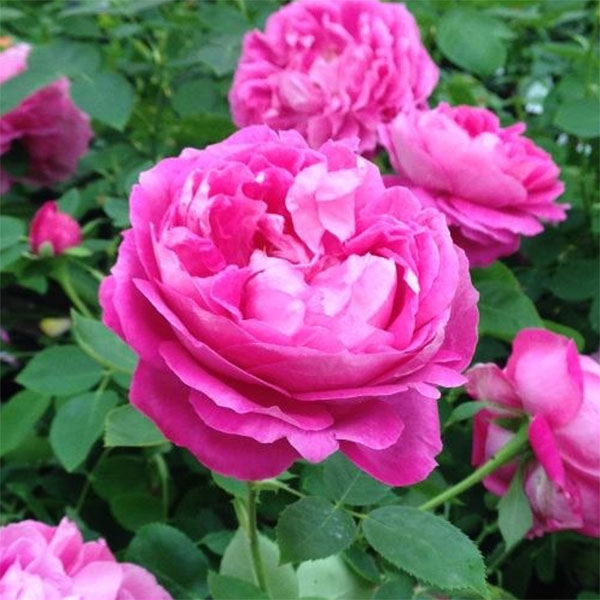 General Jacqueminot: Hybrid Perpetual rose (1853). This bush is a cutting from the original in St. Joseph’s Church yard. According to their written history, the nuns planted it. 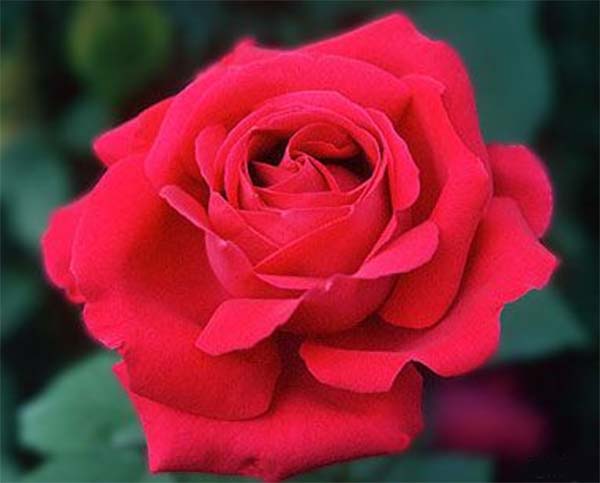 Ragged Robin: Hybrid Bourbon rose (1875). Can be trained as a climber. 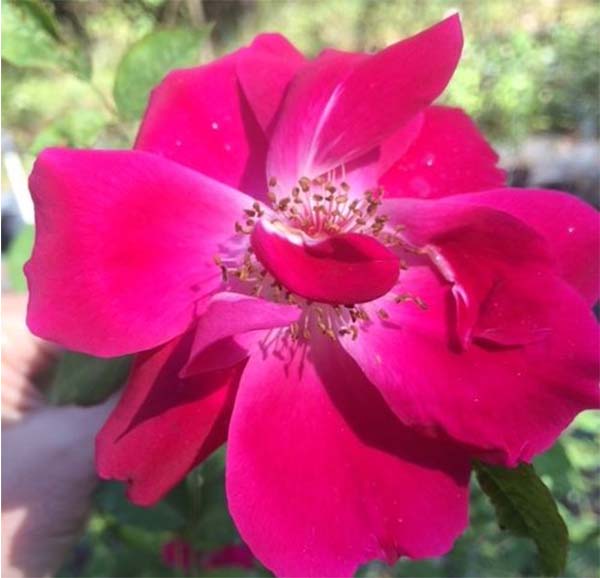 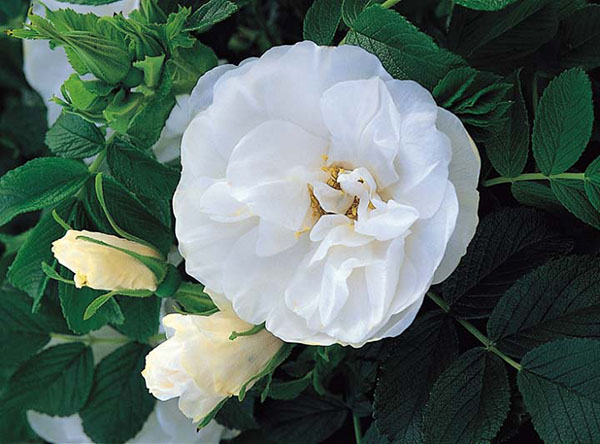 We hope you have enjoyed the Heritage Garden and observed how it consolidates many of the plants and concepts that Arthur designed into the woodland landscaping.

The second part of our tour takes you on a walk around the property to see many of the Legacy plants and trees, press the “Continue” button below.